Home » History » The History of Faxing

The History of Faxing

Most people have lived their entire lives without knowing anything about the history of fax machines. These people don’t know that the first commercial fax machine was produced over 150 years ago, or that today’s fax machines rely on largely the same technology.

Today, I’m going to explain the history of fax machines and tell you why that history is nowhere close to being complete. 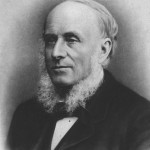 The world’s first fax was sent by a man named Alexander Bain. Using rudimentary technology in an age before widespread electricity usage, Bain was nonetheless able to send an image over telephone wire.

Bain did this in a creative way: he synchronized the movement of two pendulums through a clock. This synchronization helped to accurately scan an image line by line.

After being scanned, that image was transferred onto a cylinder. The cylinder was then able to reproduce that image using the synchronization of the pendulum.

By today’s standards, Bain’s first faxes were of very poor quality and resolution. Back in 1846, however, they amazed the technological community.

By the end of 1843, Bain had filed a fax machine patent for: “Improvements in producing and regulating electric currents and improvements in timepieces, and in electric printing, and signal telegraphs.”

The word ‘fax’, never came up in the patent. The patent author chose instead to use the word “electric printing.” However, during this time period, reproductions sent via various “faxing” technologies were called “facsimiles”, which is where the word “fax” comes from.

Bain’s device was technically a fax machine. However, if you looked at the machine today, you would never guess it was a fax machine.

An English physicist named Frederick Bakewell saw Bain’s machine and thought he could do better. His new and improved invention debuted at the 1851 World’s Fair in London. The machine replaced Bain’s pendulums with rotating cylinders and used a stylus to copy and reproduce the image.


When you look at Bakewell’s machine, it looks like an ancient version of the modern fax machine – which is exactly what it was. However, the device never gained widespread adoption or success due to its poor quality of reproduction and limited usefulness – why would you buy a fax machine when nobody else in the world has one? 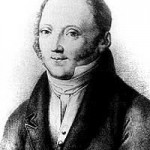 Sorry, Frederick Bakewell. As hard as you tried, your fax machine would never catch on. Later in the century, however, Bakewell’s early fax machine provided a foundation for Giovanni Caselli. Caselli was an Italian physicist who is credited with creating the world’s first commercial faxing operation.

Caselli’s fax machine – called the Pantelegraph – did something that no other fax machine had done to date: it became popular.

Why on earth was it called the Pantelegraph, you might ask? It’s made up of two words: “pantograph”, which was a machine used to copy drawings and words, and “telegraph”, which were wires capable of transmitting data over long distances. The Pantelegraph used both of these devices to provide early fax machine services to businesses and individuals in Europe.

Pantelegraph systems were established between major cities in Europe. The first system was built between Paris and Lyon, France, in 1865. Two years later, the system was extended to Marseille.

Ten years after that, the communications world experienced another groundbreaking moment: Alexander Graham Bell invented the telephone. The widespread installation of telephone wires would change the fax machine industry forever.

Turn of The Century Improvements To Fax Technology

The turn of the century was an exciting time to be on the planet. Electricity, cars, and flight were quickly entering the public mind.

At the same time, fax machine technology continued to expand. Inspired by Caselli’s success, inventors tried to tweak and tune the Pantelegraph to meet the needs of businesses and individuals around the world.

Here are a few of the notable fax machine inventors from the turn of the century:

Shelford Bidwell: Bidwell made a major breakthrough in fax machine technology. Instead of sending data down telegraph wires, Bidwell created a fax machine powered by selenium cells and then connected the device to a telephone wire. In 1881, his work was published in Nature, where it was called “Tele-Photography.”

Elisha Gray: Elisha Gray created the teleautograph. As you may have guessed from the name, the teleautograph was a revolutionary device for autographs and signatures. Instead of having to mail important documents back and forth, businessmen and politicians were able to send verified signatures via teleautograph. This made the world a significantly smaller place for banking, big business, politics, and other industries. Amazingly, the original company behind the teleautograph, Teleautograph Corporation, survived until 1999 when it was bought out by Xerox. Of course, the teleautograph did more than just transmit signatures. Anyone could sit down at one machine, scribble a signature or image onto a piece of paper, and have that image appear in Chicago, New York, Los Angeles, or other cities across America.

Richard H. Ranger: The other names in this section made great technological strides forward for the industry. However, it was Richard H. Ranger who truly introduced the fax machine to the public. Ranger was an American electrical engineer most famous for transmitting the first photograph across the ocean using radio technology. His transmission device was called the wireless photoradiogram. His work was similar to the work of Arthur Korn, who had previously transmitted an image of the Pope from Italy to Maine.

Rudolf Hell and The Hellschreiber 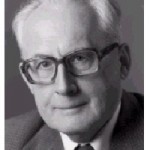 The Hellschreiber sounds like a deadly weapon a Bond villain would use. It’s not. Instead, Hellschreiber simply means “light pen” in German and was an early forerunner to today’s fax machines.

The Hellschreiber was invented by Rudolf Hell in the 1920s and 1930s. Obviously, the 1920s and 1930s were a unique period in German history, and Adolf Hitler’s regime would end up using the Hellschreiber to communicate with troops during World War II. It played a role in the infamous Enigma encryption system, for example, and helped spread Nazi propaganda across Europe. 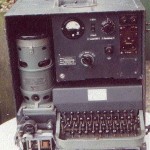 After the war, the Hellschreiber was used for much more innocent purposes. It was popular with press release and newswire agencies, for example. It remained in use until the 1980s by radio operators and various media agencies.

The Hellschreiber’s major innovation was describing pages of text using a series of pixels. A 7×7 grid would represent one letter of the alphabet, and an electronic reader would translate all of the letters on a page of text into binary data that could be passed down phone lines.

Radiofax was the first major invention which saw the word “facsimile” shortened to “fax”. Radiofax was created in the 1950s and relied on the image transmission technology created by Richard Ranger and Arthur Korn.

Radiofax machines are still in popular use today. They’re used to broadcast weather information and maritime charts around the world. When the technology was first invented in the 1950s, it used landlines to spread weather charts across the United States. As the technology expanded internationally, it relied on HF radio.

Today, Radiofax can be known by two interchangeable names: HF Fax and Weatherfax. No matter what you call it, this technology made international shipping and maritime travel safer while also instantly sharing weather data around the world.

Herbert E. Ives was an American scientist who accomplished many great things in life – he performed an experiment which confirmed Einstein’s theory of special relativity’s time dilation, for example, and played a key role in the American optical field.

Faxing was just one of his many passions. In 1942, he transmitted the world’s first color fax. The technology would eventually play a key role in early television broadcasts.

We can thank Ives for both the color fax and, indirectly, color television. He was a visionary in the world of communications.

All of the inventors listed above paved the way for Xerox to make a lot of money in the faxing industry. The world’s most well-known faxing company created something called Long Distance Xerograph, or LDX, in 1964.

LDX was remarkably similar to today’s fax machines. In six minutes, LDX could transmit an average-sized document anywhere in the world via phone lines.

Industrialized nations like America, Japan, and Germany quickly adopted this technology. While the first LDX machines were incredibly large by today’s standards, Xerox continued to tweak the design until achieving the average-sized units we see today.

Throughout history, the legal world has constantly played ‘catch up’ with the world of technology. This also took place in the faxing industry. It wasn’t until 1980 when something called the ITU G3 Facsimile Standard was created by a Japanese telecommunications giant.

Despite the boring-sounding name, the ITU G3 Facsimile Standard was actually a major breakthrough in the world of technology. Different regions in the world use different standards for many tech devices – some regions use CDMA or GSM for mobile devices, for example, while other regions use 110V electricity instead of 220V.

That standard encouraged new fax machine companies to enter the market and led to widespread adoption of fax machines across the world. In the 1980s, fax machines were absolutely vital to international and domestic businesses in every country on the planet.

Faxing Versus The Internet

In the 1980s, the internet was just a dim light on the horizon. It was growing more and more popular, but it still faced limited coverage and use. That’s why the fax machine remained the most popular communications tool for long distances.

As we all know, this disparity wouldn’t last long. As the internet became more popular, fax machine use declined. There were still plenty of good reasons to use a fax machine, but email became the best way to send a quick message from one end of the planet to another.

Foreseeing the rise of computers and the internet, Xerox began to include Ethernet on their fax machines in the 1980s, while computer manufacturers like GammaFax created dual-purpose fax machines and desktop computers.

The late 1990s and early 2000s were the end of faxing’s heyday. However, early faxing inventors have influenced our world in a considerable number of ways. They played a role in getting color television into every home, for example, and paved the way for multiple types of mass communications technology. From radio to television to electronic signature technology, we can thank the fax machine and its inventors for a lot of things we take for granted.

What Does The Future Hold For Fax Machines?

Some people say the future looks grim for fax machines. How can fax machines compete in a world with email and cloud storage?

Fax machines aren’t as popular as they used to be. However, that doesn’t mean they’re ready to disappear. Faxes continue to play a key role in the legal industry, where faxed signatures are often worth more than signatures that have been digitally transferred.

The future of the fax machine is in online faxing. Online faxing removes the inconvenience from faxing and essentially turns it into an email-based system. Instead of walking over to the office machine, feeding a physical document into the tray, typing in a number, and waiting for the fax to complete its scan and transmission, online fax users can simply create a new email, attach a document, and watch that email magically turn into a fax from any internet-connected device.


That’s the future of the fax machine. And that future isn’t going to disappear anytime soon.

After having graduated with a degree in Finance and working for a Fortune 500 company for several years, Johnson decided to follow his passion by embarking on a path to the digital world. He has over 8 years of experience with large companies setting marketing strategy.